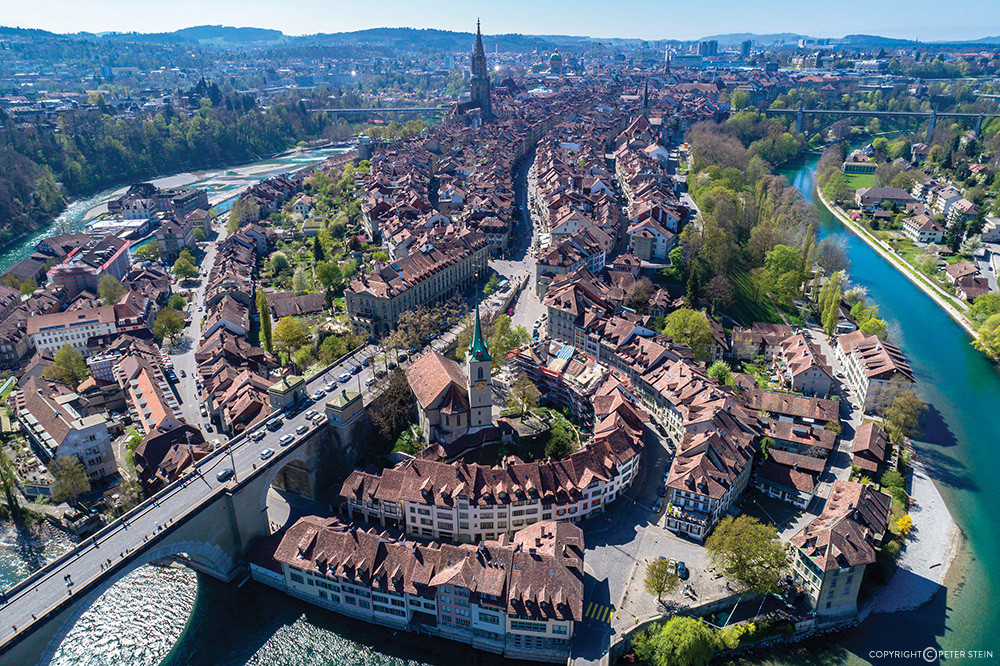 Aside from its pristine landscapes, efficient banks and unbeatable clocks, Switzerland has established itself as the world’s #1 innovative economy, topping the World Intellectual Property Organization’s innovation index for eight consecutive years.

Dynamic and ambitious, Switzerland sets the impeccable standards for other countries to follow, especially in the highly-competitive and ever-changing field of innovation. Named by the World Intellectual Property Organization (WIPO) as the world’s most innovative nation for the eighth consecutive year, Switzerland fended off fierce competition from major rivals including the US, the UK and Germany, among others. Compiled annually by the United Nations’ intellectual property agency, the WIPO index comprises more than 125 countries and is based on dozens of key factors, including mobile-application creation, investment in environmentally friendly technologies, spending on education provision and funding for scientific and technical publications. This enviable success is mirrored in the latest edition of the UN Global Innovation Index (GII), which has ranked the landlocked country in top spot since 2011. According to the GII, Switzerland outperforms all other countries with its world class patent and intellectual property rules, and also claims global pole position for research collaboration between various industries and universities.

This enviable track record for innovation is perhaps even more remarkable given the challenges created by a strong currency that makes exports more expensive, with production costs also relatively high due to labor costs. Higher remuneration packages are, however, needed to attract and retain the best employees as the country has one of the world’s best talent pools. The IMD World Competitiveness Centre named Switzerland first in its latest coveted World Talent Ranking — meaning the nation held on to its title from 2017. Judges from IMD highlighted how the cultivation of “a skilled and educated workforce is crucial to strengthening competitiveness and achieving long-term prosperity, particularly in the current dynamic landscape where artificial intelligence, robotics and other new technologies constantly redefine the challenges governments, businesses and society will have to face.” As one of the world’s most developed countries, Switzerland is a magnet for superlatives and scores extremely highly in many international rankings for its excellent quality of life and substantial GDP.
These include indices based on quality of life, security, civil liberties, government transparency, human development and economic competitiveness. Swiss cities like Geneva and Zurich are frequently named the best in the world in which to live. Switzerland is truly an innovation champion regarded as the benchmark in today’s era of globalization and competitive trade flows.

Welcome to Switzerland, where innovation and excellence prevail

How does a landlocked country with such a limited domestic market score one of the highest average incomes, maintain steady GDP growth and head so many global competitiveness indices?

Once best known for its stunning mountains and lakes, the Alpine nation is busily reinforcing its extraordinary reputation as the world’s innovation capital. An ingrained determination to always score higher, better and faster makes Switzerland a formidable competitor and strong talent magnet where the best and brightest minds can grow and flourish. By blending strong political and economic stability with a focus on premium education provision for future generations, Switzerland is striving to ensure the country retains its place at the top of innovation indices and competitiveness rankings. Having retained its crown at the front of the Global Innovation Index, the organizers noted achievements in key business areas such as patent and intellectual property-related indicators, and further progress in high and medium-high-tech manufacturing production. “Switzerland is a global leader in R&D spending and quality of universities […] with a solid output performance and increasingly diversified range of high-quality outputs,” the World Intellectual Property Organization (WIPO) said recently.

According to the largest report from WIPO — which like many international agencies and organizations has its headquarters in Switzerland — the country is also Europe’s leading source of patent and design applications. Similar studies have highlighted how alliances between multinationals and small and medium-sized enterprises, research and educational institutions, and university spin-offs have sowed the seeds for innovation in a wide range of sectors. Such areas include health and life sciences, which concentrate on aspects like drug discovery and design, precision/personalized medicine, medtech, biotech, diagnostics, biomedical engineering, nutrition and human physiology. The development of cutting- edge technology such as digital currencies based on revolutionary blockchain systems is another fast-growing area. With at least one canton aiming to establish itself as the Silicon Valley of Switzerland, opportunities abound in computational and computer science fields. These include data security and analytics, artificial intelligence, storage technologies, the Internet of Things, smart sensors, cloud computing and bioinformatics.