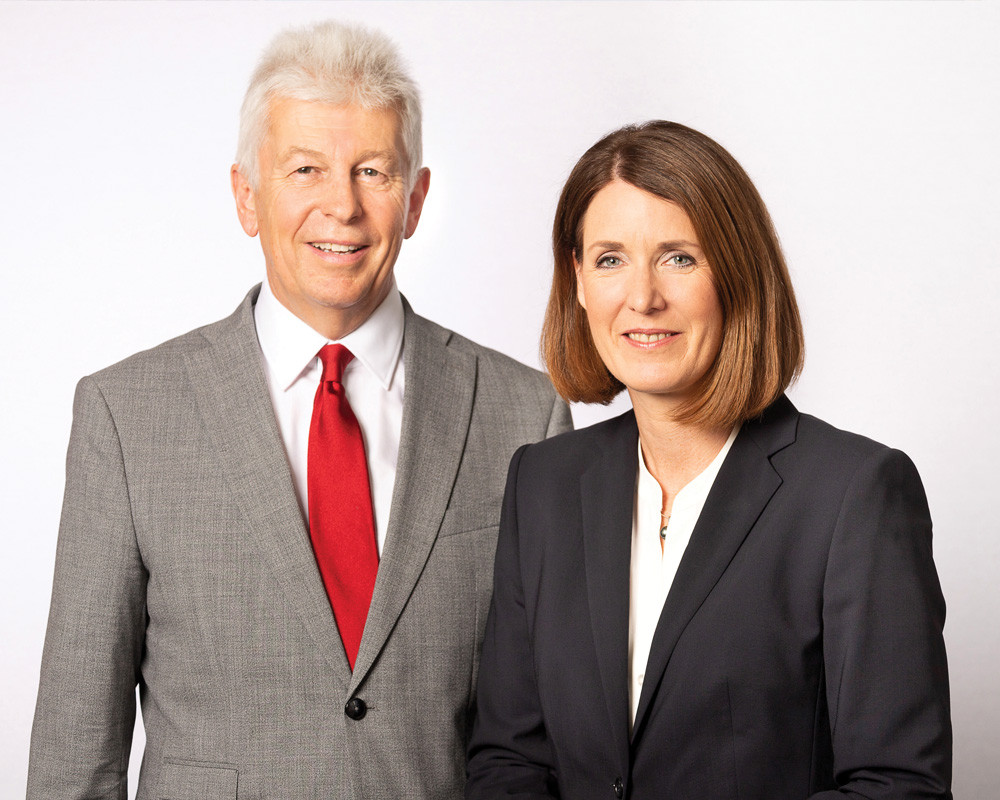 In 2019, Austria’s innovation ecosystem — spanning universities, research institutes, businesses of all sizes and public-sector advocates — will spend around $14.4 billion on research and development (R&D). That’s 3.19 percent of the country’s gross domestic product, making it the European Union’s (EU’s) second-biggest spender on R&D after Sweden.

At the heart of this system is the Austrian Research Promotion Agency (FFG), the state-owned one-stop shop for industrial R&D. Described as “a strong partner that does everything we can to increase the competitiveness of Austria’s R&D,” by its managing director Klaus Pseiner, the agency has a wide remit including research funding.

In 2018, FFG awarded over $930 million to 3,854 projects. “We are focused on connecting companies to researchers and bringing ideas to market,” says FFG’s other managing director, Henrietta Egerth. Another key public player, the Austrian Science Fund, compliments this by funding basic research, “mainly supporting early-career scientists that will be the next generation of leaders,” says its president, Klement Tockner.

As a result of such support, the country has a dynamic start-up scene. “As Austria’s leading startup promoter, FFG invested about $80 million into young businesses during 2018 and many have already found success,” says Pseiner.

In addition to assisting Austrian entrepreneurs, the agency helps foreign startups re-locate to Austria. Benefits for those startups, as for all companies, include a tax refund of 14 percent on R&D and the chance to work in one of over 60 industrial clusters. “Austria’s niches include quantum physics, cybersecurity, life sciences, artificial intelligence, energy, information technologies, manufacturing, aeronautics and space,” says Egerth; “In all, our research output is at a high level.”

Austria’s standards are acknowledged in Europe: since 2014, it has been awarded over $1.2 billion from the EU’s Horizon 2020 research and innovation program. FFG, which manages projects with international partners, has strong ties in Europe. “One of our challenges is to further develop global partnerships,” Egerth notes. “Research increasingly takes place in worldwide networks. In that respect, there is unexploited potential in Austrian R&D,” adds Tockner.

International students are increasingly being attracted to Austrian universities offering high-quality, research-intensive education. This phenomenon is being seen in many of the country’s 22 public universities and 21 universities of applied sciences.

These universities produce over 50,000 skilled graduates every year and are crucial for delivering the research that feeds the country’s innovative economy. In 2019, the QS World University Rankings rated five of them as among the world’s top 500, led by the University of Vienna, which is associated with 20 Nobel prize winners.

Ranked 38th globally by QS for business and management studies is the Vienna University of Economics and Business (WU), one of Europe’s biggest universities in its field. Renowned for its education and research capabilities — and triple accredited by leading accreditors EQUIS, AACSB and AMBA — WU educates over 23,000 students a year from 110 countries in a stunning campus in Vienna.

Built in 2013, the site includes a number of iconic buildings designed by acclaimed architects including Zaha Hadid. Studying in this inspiring environment is cost-free for EU citizens, while others pay fees of only $780 a semester. “In Austria, education is considered a public good and is funded by taxpayers,” explains WU’s rector, Edeltraud Hanappi-Egger.

Austria’s only economics and business university is a key example of how the country’s education institutes are turning into global players. It offers undergraduate, executive, master’s and PhD programs, many of which are taught in English. “About 27 percent of our students are international, although this varies by program. For instance, 90 percent of those on an international taxation PhD program come from abroad and we have an English-taught undergraduate program,” says Hanappi-Egger.

New programs are just one way WU is accelerating its internationalization, she adds: “We also recruit faculty members and researchers globally, and are pushing our programs into global rankings.” These include a PhD in finance that ranks in the top 5 percent worldwide and a master’s in international management that The Economist rates as the world’s fifth best. Reasons for this score include high alumni salaries, faculty quality and WU’s international placement schemes.

WU is increasingly internationalizing its research activities as well, she says: “We have outstanding projects focused on innovative aspects of economics, business and business law. We have also founded the first interdisciplinary research institute for cryptoeconomics, which has become a huge knowledge hub, and are planning a program on the digital economy — a field in which WU has the potential to take a leading position.”

Aside from that, WU is collaborating with 240 prestigious universities globally, including 47 in the US, covering research and student exchange, academic programs and double degrees. For the rector, this is just the beginning: “I want to see WU expand its international role and become a reference for responsible economics and business.”

Austria’s leading universities for research are working for tomorrow by contributing to the development of solutions to the biggest challenges facing global society.

“The role of higher education is to prepare future generations so they can manage a changing world,” says Christa Neuper, the rector of the University of Graz, a prime example of an institute that is doing just that.

“The university contributes to addressing society’s major challenges. For instance, we have over a hundred researchers exploring the economic, engineering, social, political and legislative changes needed to manage climate change,” states Neuper.

The university has a global network of over 500 partner universities and benefits from close cooperation with other institutes and businesses in Styria, the Austrian region that tops Europe’s rankings for research and development.

Its unique research profile is set to gain further prominence due to an expansion program that is adding about 40 professorships and infrastructure worth €12 million. “We need to keep providing excellent conditions for research so that we can carry on working for tomorrow,” Neuper explains.

Austria is becoming one of the world’s strongest countries for life sciences research, particularly in areas like medicine.

554 life sciences organizations earning over $13.5 billion a year are based in the region of Vienna. Businesses focused mainly on biotechnology, pharmaceuticals and medical technology include startups and giants like Baxalta, Boehringer Ingelheim, Novartis and Ottobock.
They are supported by cutting-edge research facilities, institutes and universities, such as the Institute of Science and Technology.

The most important factor in Vienna’s heavyweight status in medicine is the Medical University of Vienna (MedUni). With 26 hospitals, it is the largest medical training institute in the German-speaking world and at the vanguard of European research.

“Vienna is attractive for medical research on a global scale,” says MedUni rector Markus Müller; “The integration of our hospitals and universities is a strength, for example, as it means we have an huge amount of patient information.” This strength has helped MedUni to contribute to Austria’s startup system with spinoffs like MedAustron, which is using groundbreaking particle therapy to improve the chances of curing cancer.

MedUni is investing over $550 million in new infrastructure, which will include a campus for its preclinical specialties, says Müller, who adds, “Austria can be among the strongest nations in the world in the field of life sciences.”