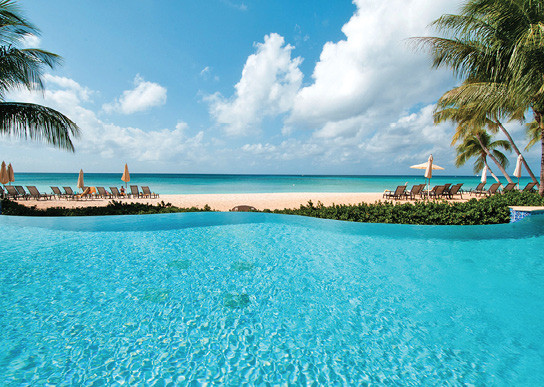 The Cayman Islands has shot to the top of preferred destinations for the world’s digital nomads having launched its new Global Citizen Concierge Program that allows remote-working professionals and their families to live in the Caribbean oasis for two years.

The three stunning islands located just one hour from Miami offer these global citizens the chance to redress work-life balances in the warmth of the sun, surrounded by blue sea and endless white beaches. But the Cayman Islands also stands out as a safe, secure, modern and dynamic economy with everything in place for its residents and their businesses to flourish in the post-COVID world. With the sixth-highest gross domestic product (GDP) per capita worldwide, it entered the pandemic as the region’s best-performing economy: at the start of 2020, its GDP had grown by an annual average of over 3% for five years. The business-friendly government had capitalized on the economy’s strength to boost resilience, says Moses Kirkconnell, Deputy Premier and Minister of Tourism: “Thanks to seven years of prudent management, we had accumulated around $522 million in reserves.”

When the pandemic hit, this buffer allowed the quick introduction of effective measures to safeguard health and the economy. In March, the government implemented one of the world’s most successful containment strategies that included closing its two international airports to commercial flights plus strict safety measures.

As a result, it enters 2021 as a safe haven: coronavirus community spread has been contained, only two fatalities were suffered in 2020 and businesses had reopened by the summer, although its borders will remain shut for a few more months. “The Cayman Islands has established a safe ‘bubble’ and residents have been able to resume activities on a relatively normal basis,” asserts Kirkconnell The government also launched economic stimulus measures that it is confident will hasten a return to growth. This optimism is shared by ratings agencies, with Moody’s Investors Service upholding its Aa3 ranking of the country’s credit profile in December based on its current economic, institutional, governmental and fiscal strength.

Pillars of the economy

The main contributor to GDP is an international financial center that has built its reputation on the back of the country’s lack of direct taxes, sound regulations and compliance with global standards. Based in the cosmopolitan capital George Town on the largest island, Grand Cayman, this sector remained robust in 2020. Therefore, the focus for support has been the second economic pillar: tourism.

Prior to the pandemic, the sector was booming, Kirkconnell notes: “25% of GDP is based on tourism. In 2019, the Cayman Islands recorded the highest visitor arrivals in our history, having welcomed over 500,000 stay-over guests and 5% more growth was forecast for 2020.”

It has become the premier destination for elite travelers looking for a spectacular natural environment coupled with a carefree and welcoming lifestyle. Many spend their vacations relaxing on award-winning Seven Mile Beach just outside George Town before sampling the gastronomic delights that make the islands the Culinary Capital of the Caribbean. Water-sport lovers head to the clear sea to snorkel, dive or sail amid a cornucopia of marine life; while others enjoy peaceful mangrove forests or the two smaller, underexplored islands, Cayman Brac and Little Cayman.

With its borders closed, air- and cruise-based tourism came to a halt. “Fortunately, we have used our fiscal strength to protect businesses and workers through financial support and relief programs while we wait for tourists to return,” Kirkconnell says. In addition, his ministry took advantage of the shutdown to create and implement a strategic plan for the recovery and enhancement of the sector: The Road Back to 500,000 Air Arrivals (RB5). This takes into account the sustainability of cultural and natural assets, as well as the needs of the industry, visitors and local communities.

To date, the government has invested over $130.2 million in RB5 programs in three areas: training to retool and upskill workers; a government-guaranteed loan scheme to strengthen businesses; and clear health and safety protocols at the international airports on Grand Cayman and Cayman Brac. As part of the plan, a Visitor Experience Development Fund will be set up to act as a portal for funding and support for tourism entrepreneurs.

The ministry also considered emerging opportunities, such as the global trend toward remote working, he states: “International corporations are increasingly encouraging employees to work wherever they can be productive. The Cayman Islands is a luxury destination with a reputation for excellence, so we are thrilled to have launched our Global Citizens Concierge Program.”

A major step toward welcoming back tourists came this month when the country became the first in the region to roll out COVID vaccinations. At present, the government estimates that enough of the population might be vaccinated by March to allow the safe, carefully monitored reopening of its borders.

Investors believe tourism will bounce back. Just this month, Jamaica’s FirstRock Capital Holdings announced an investment of over $3 million in luxury residential units, while India’s Aster DM Healthcare will start construction on a $350-million medical facility focused on healthcare tourism this year. Kirkconnell is also convinced tourists will return as soon as they can: “We have worked very hard to enhance safety protocols so that our future guests can enjoy a worry-free vacation and digital nomads can live the life of their dreams on our idyllic shores.”