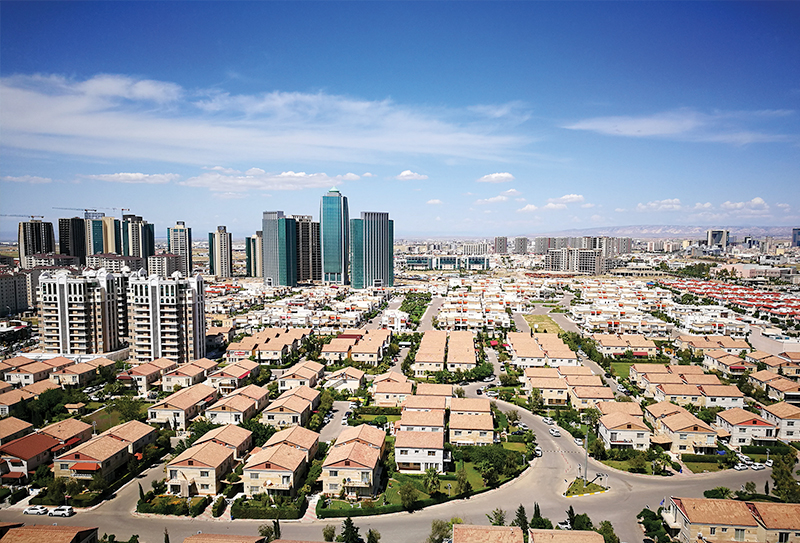 Work has started on a $600 million project to build the world’s largest US consulate complex in a strategically vital autonomous region in north Iraq — the Kurdistan Regional Governorate (KRG). It is a culturally rich and diverse region, full of fertile lands and natural resources, and the new consulate signals that the US stands with it as it builds a bright future, said US Ambassador to Iraq Douglas Silliman: “I believe KRG will be an important point of entry for foreign investment because this region has a very positive history of doing business.” “The international community has seen the stability, commitment, clear mindedness and deliverables achieved by the government of the region. Indeed, many international partners view KRG as a model for the rest of Iraq, as well as the Middle East,” clarifies Falah Mustafa Bakir, Minister of Foreign Relations. While Bayan Sami Abdul Rahman, KRG Representative to the US, notes: “Compared to our neighbors, we are years ahead in women’s rights, freedom of expression and religion, and the plurality of politics.”

The KRG held its first elections and gained autonomy in 1992, a year after its strong partnership with the US was forged, when the latter helped establish a no-fly zone over the region to protect it from Saddam Hussein’s regime. In 2003, KRG’s armed forces (the Peshmerga) played a critical role in the liberation of Iraq. KRG then experienced an economic boom, which was only halted in 2014 when ISIS emerged in the area.
“The Peshmerga, alongside a US-led coalition, helped eliminate the advances of ISIS. This victory came at a great cost economically, politically and socially,” explains Bakir. The region has faced immense recent challenges, not least due to opening its arms to millions of internally displaced citizens and Syrian refugees, losing much of its infrastructure in the fighting and negotiating a historically strained relationship with the central Iraqi government in Baghdad. This came to a head in 2017, when the region held a non-binding referendum on independence. Although 93% of the votes were in favor, the result was not recognized centrally. “However, since the beginning of 2018, our relationship with Baghdad has gotten progressively better — politically and emotionally. With dialogue and cooperation, our new-found relationship with Baghdad should maintain KRG’s stability, says Rahman.

Having achieved stability, safety and security for the region, the government is now aiming to rebuild its economy. “The plan is to advance our education and health sectors; ensure that the rule of law prevails; continue to build strong, fully functioning and democratic institutions; and provide equal opportunities for all,” says Bakir. KRG also wants to diversify its economy away from its plentiful oil and gas reserves.
To meet these goals, KRG is encouraging foreign direct investment. It has had a very friendly investment law for ten years but Bakir notes: “Perhaps the most attractive aspect for investors is the warm welcome they receive from officials and the community. KRG is the ideal launching pad for foreign investors and companies to target the Iraqi market as well as neighboring countries.”

Investors such as Exxon, Chevron, HKN Energy and Hunt have already been attracted to the potential in KRG’s petroleum sector, and the region’s pro-investor approach has also brought in well-known foreign banks. The tourism sector is seeing increasing success as well, with Hilton and various other groups due to open hotels shortly. Other sectors that offer many opportunities include agriculture, manufacturing and industry,” states Bakir: “We also have a huge focus on infrastructure — services such as railroads, water management, sewage, roads, tunnels and bridges provide viable and immediate investment opportunities.”

US businesses are predicted to be beneficiaries of these opportunities, says Rahman: “The way I see it, both the US and KRG want to widen the relationship we already have. For example, we have a very strong relationship with the US Congress, where there is a bi-partisan support for us that we cherish, and we have the US-Kurdistan Business Council in Washington.” Despite the difficulties KRG has endured, “The region has a lot to offer the global community,” believes Bakir; “We have shown that we are a valuable asset to the world at large, and we are a model for democracy and stability in the Middle East.”