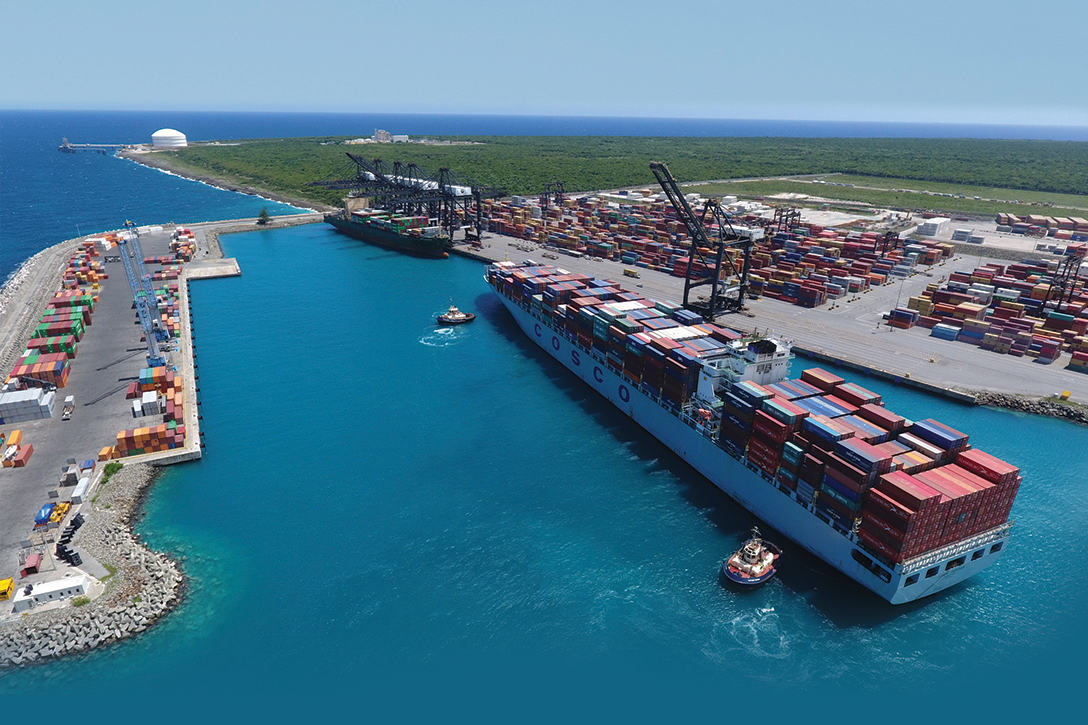 While COVID-19 stalled the Dominican Republic’s bustling economy, especially its tourism, the Caribbean nation remains poised for an economic recovery as the world returns to a sense of post- pandemic normalcy.

The International Monetary Fund (IMF) expects the Dominican Republic to make a robust recovery, and the nation’s new president, Luis Abinader, wants to ensure his nation’s economy is driven by more than tourism. Abinader, 53, has outlined a revitalization plan that includes tax incentives and investment opportunities, and promotion of his country as an ideal location for nearshoring — when businesses move their operations to a nearby country instead of a distant one.

The largest economy in Central America and the Caribbean with an estimated gross domestic product (GDP) of $88.94 billion, the Dominican Republic’s annual growth rate of 6 percent prior to the pandemic was the region’s highest. Annual inflation remained below 4% from 2014-2019. Prior to the pandemic, tourism brought in $630 million to the nation’s coffers. The number of visitors doubled from 2000 to 2018, making it the Caribbean’s most popular tourist destination. But tourism wasn’t the nation’s chief economic driver.

Gold exports garnered $1.61 billion, medical instruments, $1.4 billion, and rolled tobacco, $833 million. Much of this went to the United States, Canada, India and Switzerland.

Since the early 2000s, multinational companies based in the United States and Europe transferred a significant part of their production processes to China and Southeast Asia to reduce costs and increase productivity. However, in the current international environment, influenced by geopolitical uncertainty generated by the trade war between the United States and China, the impact of COVID-19, and significant supply chain disruptions caused, among other things, by the blockage in the Suez Canal in March, many companies are revisiting or accelerating their reshoring/nearshoring strategy. They are focusing on relocating part of their production facilities closer to consumption markets to reduce operating costs, and mitigate risks associated with increased tariffs and logistics delays in their supply chains. The Dominican Republic serves as one of the best nearshore alternatives for many companies.

The country also has several favorable trade agreements with strategic partners, ranging from smaller economies, such as the Caribbean Community (CARICOM), Central America and Panama, to major economies, such as the United States, European Union, and United Kingdom. These partnerships have allowed exporters duty-free access to more than 900 million consumers in 49 countries, reduced trade barriers, and increased export potential for both local and foreign companies.

The Dominican Republic also offers one of the most attractive incentive packages for the free zones sector in the western hemisphere. It boasts a mature manufacturing ecosystem in sectors such as medical devices — eight of the top 30 companies in the world use the country as a production base — electrical components, jewelry, electronics, textiles, footwear, and many others.

The country’s natural position within the hemisphere, more specifically as the heart of the Caribbean, provides unique opportunities, and it has made significant investments to position itself as a premier logistics hub. The country’s geographical location allows connection with European and North American markets in record time. While its logistics infrastructure remains world class, its logistics connectivity is what separates the country from the rest. Home to the most connected airport in the Caribbean region, the Dominican Republic has daily flights to the United States and Europe, as well as the third best maritime connectivity in the region, with the seventh largest multimodal maritime port in Latin America.

The Dominican Republic boasts the second highest container throughput in the Caribbean, and the eighth highest in Latin America and the Caribbean region. This is particularly relevant considering that in 2019, the capacity in maritime container transport service increased from about 55 million TEUs (20-foot equivalent units) to 96 million TEUs on the three main East-West container shipping routes. This unparalleled logistics connectivity ensures the timely delivery of goods, wherever their origin or destination might be.

While inaugurating the Caucedo port expansion in November, as part of its $600 million investment in the country, Sultan Ahmed Bin Sulayem, CEO and chairman of DP World, said their objective was “to promote the Dominican Republic throughout the region as an interesting value proposition for multinational industries, and for this to help attract new investments to develop logistics projects in the country.”

He added: “We are focused on leveraging nearshoring with the United States, within the Caribbean and Central America region, northern South America, and finally around the world.”