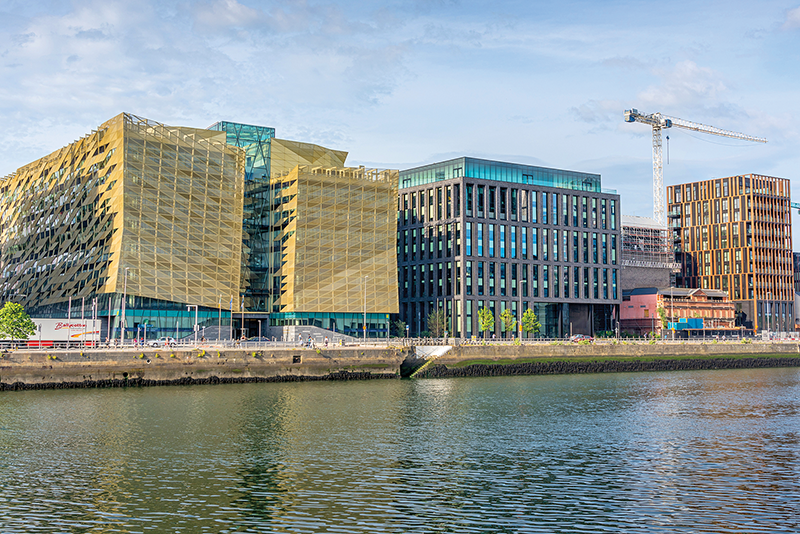 Can you give us an overview of what the National Treasury Management Agency (NTMA) does and its role during the pandemic?
The NTMA manages the balance sheet of the Irish state. While the government sets policy, our role is to act as the interface of the sovereign with the financial markets, legal markets and the private sector. As the state’s face in the marketplace, in all those regards, we execute the country’s requirements for borrowing and investing to the highest standards that we possibly can.

In response to the pandemic, the government asked us to do a number of things. This included borrowing large amounts of money in the marketplace and also asking us to put together and invest in the Pandemic Stabilisation and Recovery Fund (PSRF). We made $2.4 billion available to invest in the capital structure of companies. This was not just lending, but investing equity and any kind of capital that they needed, which is quite innovative.

What is NTMA’s Ireland Strategic Investment Fund?
The Ireland Strategic Investment Fund (ISIF) is an unusual sovereign wealth fund. Legislation dictates that the fund must meet what we call our double bottom line. It must have a commercial return and it must invest for economic impact for Ireland. Most sovereign wealth funds are solely for commercial return.

ISIF has been very successful in terms of impact with more than 100 investments across all sectors and regions of the Irish economy. We are already seeing returns from successful investments in key areas we made five or six years ago. These returns are then recycled and invested into other areas as the economy changes. We have added about $2.5 billion to the value of the fund through investment returns since we began.

What are the benefits of Ireland’s current fiscal scheme in light of the recent crisis?
Ireland had one of the best performing economies in Europe in 2020 — with no fall in economic growth in our overall GDP. Although Ireland is a small economy, it is a complicated economy. Our GDP numbers are not equivalent to other countries because of the impact of multinational corporations and their activities; we have a twin-engine economy. Our indigenous economy was completely on the floor and was being led by our international economy consisting of large multinationals and exporting companies. These entities account for about 50% of the economy.

This setup was deliberate for us. Economies need diversity in revenues and activities to survive. Ireland developed a policy in the 1950s to build an international-type economy and became very effective at attracting foreign direct investment. Now some of the biggest technology and pharmaceutical companies in the world have their European headquarters in Ireland.

“Ireland developed a policy in the 1950s to build an international-type economy and became very effective at attracting foreign direct investment.”

When we have a crisis, these parts of the economy keep us going. We have recently seen the benefits of this type of framework. When the pandemic first hit, our predictions were quite different from what we see today. Around 80-85% of people have retained their jobs in specific sectors. Tech and pharma companies not only survived, but thrived. This is not to diminish the severity of the pandemic on certain sectors. Travel, transport, tourism and retail sectors were impacted significantly, but they account for a relatively limited percentage — 15% — of the overall economy.

As we come out of the crisis, you’ll see government supports going from being very macro, to more and more sector specific to certain industries to give them support. As the entire economy does not require assistance, things will rebound quickly. We have savings and are expected to start spending, which will have a huge economic impact. However, rebounds and recoveries are not the same thing. Whether we will see a firm sustainable recovery is up for debate and depends on policymakers.

What major trends do you think will drive economic growth in the post-COVID world?
There are two great secular themes taking place: digitization and sustainability. From a digitization point of view, Ireland has strong technology credentials. Digitization is only just beginning. During the pandemic every business sought to introduce and work on their digital response. Investments in digitization will be one of the big economic drivers as we come out of the pandemic.

In terms of our sustainability credentials, we still have a lot to prove. We need to be more ambitious, aggressive and committed to sustainability, particularly in sustainable finance and energy.

How significant are relations between Ireland and the U.S. and how will changes in tax laws for multinationals affect your relationship?
We have been close to America for a very long time; we were inextricably linked culturally and socially through hundreds of years of shared history. The U.S. is a massively important trading partner. Corporate tax is an issue that has replaced Brexit as the number one discussion we have with investors. Our twin-engine economy is built on a low tax rate. Obviously, Ireland has other advantages such as a young and educated English-speaking workforce and our place in the European market. Our belief is that multinationals should pay their fair share of taxes in the right place. The Organisation for Economic Co-operation and Development and similar bodies are currently trying to square the circle and get global taxes back in line. Ultimately, the impact on Ireland is not known.

However, Ireland is now seen as one of the premier locations for anybody to set up a European business, big or small, and, in a way, maybe we don’t need that factor as much as we did in the past.