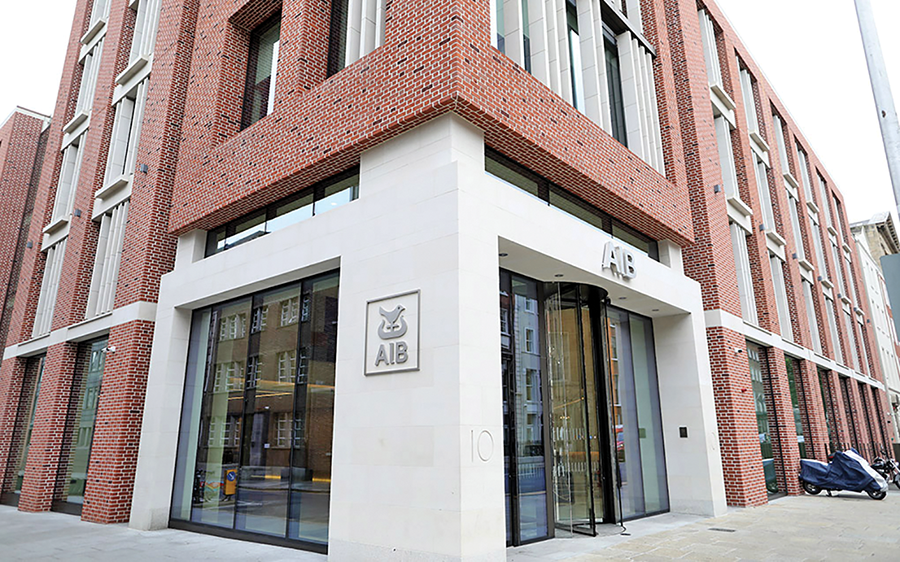 Allied Irish Banks intensified its product offerings during the pandemic.

What is your assessment of Ireland’s financial services sector?
The industry can essentially be divided into two groups: domestic retail institutions and international institutions.

Dublin’s international financial services center was established in 1987 and has since been an increasingly important driver of employment in the sector. We have seen strong growth on the international side recently.

On the domestic side, there are five primary retail financial institutions. We have had announcements from NatWest Group that it will be closing its Ulster Bank franchise in the country on a graduated basis over the coming years. Additionally, we have had a similar announcement from Belgium’s KBC Bank that it will close its operations here. Consequently, we are seeing growth on the international side and a consolidation on the domestic retail side. The market will change as a result of these developments.

From a capital perspective, the Irish banking industry went through an exceedingly difficult period in the last global financial crisis.

Domestically headquartered institutions all required the support of the taxpayers and bailouts to varying degrees. Allied Irish Banks (AIB) was no different. We were bailed out by the state.

However, we collectively entered this pandemic-driven crisis in a far greater position of strength because we had reinforced our balance sheets, reduced non-performing exposures and improved our operational efficiencies.

In AIB’s case, we had one of the the strongest capital positions of any bank in Europe. Notwithstanding the immense pressure imposed on our financial system and the healthcare system by COVID-19, we have come through the crisis in a position of strength.

How has AIB integrated new digital technologies into its operations and services?
We have had a significant shift away from physical in-branch banking towards digital banking. We have around 1.5 million customer daily interactions using digital technology, with some days as high as 2 million. The COVID-19 pandemic has led parts of our customer base to adopt digital technology when they had not done so in the past.

We have been very responsive in our evolving customer preferences. We are Ireland’s first bank to offer online openings for current accounts. Almost 90% of all personal deposit accounts were opened online in 2020. We have a digital personal credit loan. A total of 71% of all completed applications were done through digital channels. We have seen a 28% increase in 2020 in the number of people who are over 65 engaging with our mobile banking app, with a significant increase in the number of interactions.

“It is regrettable that Britain left the European Union, but that decision is made, and we now seek to minimize its negative implications.”

Customers who are active on our mobile technology are now connecting with us about 36 times a month on average. Cash usage is in parallel falling, while digital wallet transactions are up about 140% in terms of value in 2020 on a year-on-year basis. We have seen a huge wave of increased activity in fintechs across the banking industry globally. This has encouraged incumbents to be ever more innovative and invest heavily in their digital agendas. These smaller entities propel competition, innovation and improvement in customer services, not just in banking, but across all parts of economic and social life.

Before the pandemic we acquired a business called Payzone, which is Ireland’s leading payment services provider. It covers transport, parking, utility bills, tolls and card payments. We are now positioned as having Ireland’s number one banking app. To a large extent this is in response to the competitive pressure brought forward by smaller fintechs.

How has Brexit affected Ireland’s economy?
It is regrettable that Britain left the European Union, but now that the decision is made we seek to minimize its negative implications. The decision has introduced friction in terms of trade across the Irish Sea. We have seen quite a significant increase in trade between Northern Ireland and the Republic of Ireland. Trade between Ireland and Britain was largely reduced due to a fall in British exports into Ireland.

We experienced some supply chain difficulties at the beginning of Brexit, but without a major negative impact. Businesses most worried about Brexit such as transport logistics have actually done very well due to the COVID-19 pandemic. However, the Brexit decision will ultimately lead to increased costs in terms of time and price. Given that Brexit came at us over five years, businesses were running an array of scenarios and outcomes early, including a hard Brexit.

Had it happened, there would have been a large emphasis on diversifying export markets beyond our traditional reliance on Britain. For a large number of Irish indigenous small and medium-sized businesses, this would have had an impact in terms of employment. Ireland’s development strategy would have been adversely affected. Even without a hard Brexit, we have seen diversification of our trade reliance on Britain as a consequence of its exit from the EU.

AIB has a presence throughout the island of Ireland as well as in Britain. Our best interests would have been served if Britain had remained an EU member. The only positive economic implication is that it has enhanced Dublin’s position as a leading financial services center in Europe.

We are only at the early stages of seeing the true benefit of it. In terms of industrial clusters, once you build a critical mass in terms of skills — be these direct, employee or professional services and support skills — you tend to become ever more magnetic in terms of your ability to attract investment. We have seen the scale and breadth of financial services in Dublin increase because of Brexit. In the medium term, this will undoubtedly be a positive for the sector.